The New Facebook has a Light Mode/Dark Mode Toggle Option.

When I first started using it, I found I did not like it, but like anything new ‘it was different’ and we humans do not like change!

I do my daily work on a MacPro, which offers a dark screen option, and for a professional who spends way too many hours in front of a computer screen, this has been a tremendous improvement to my working environment.

As I struggled with the new Facebook, I ‘eventually’ asked myself, “is there a dark mode option?”

Yes, there is, thank you, Facebook. I guess I am late to the party, but the photo below depicts how to make the change if you are like me. 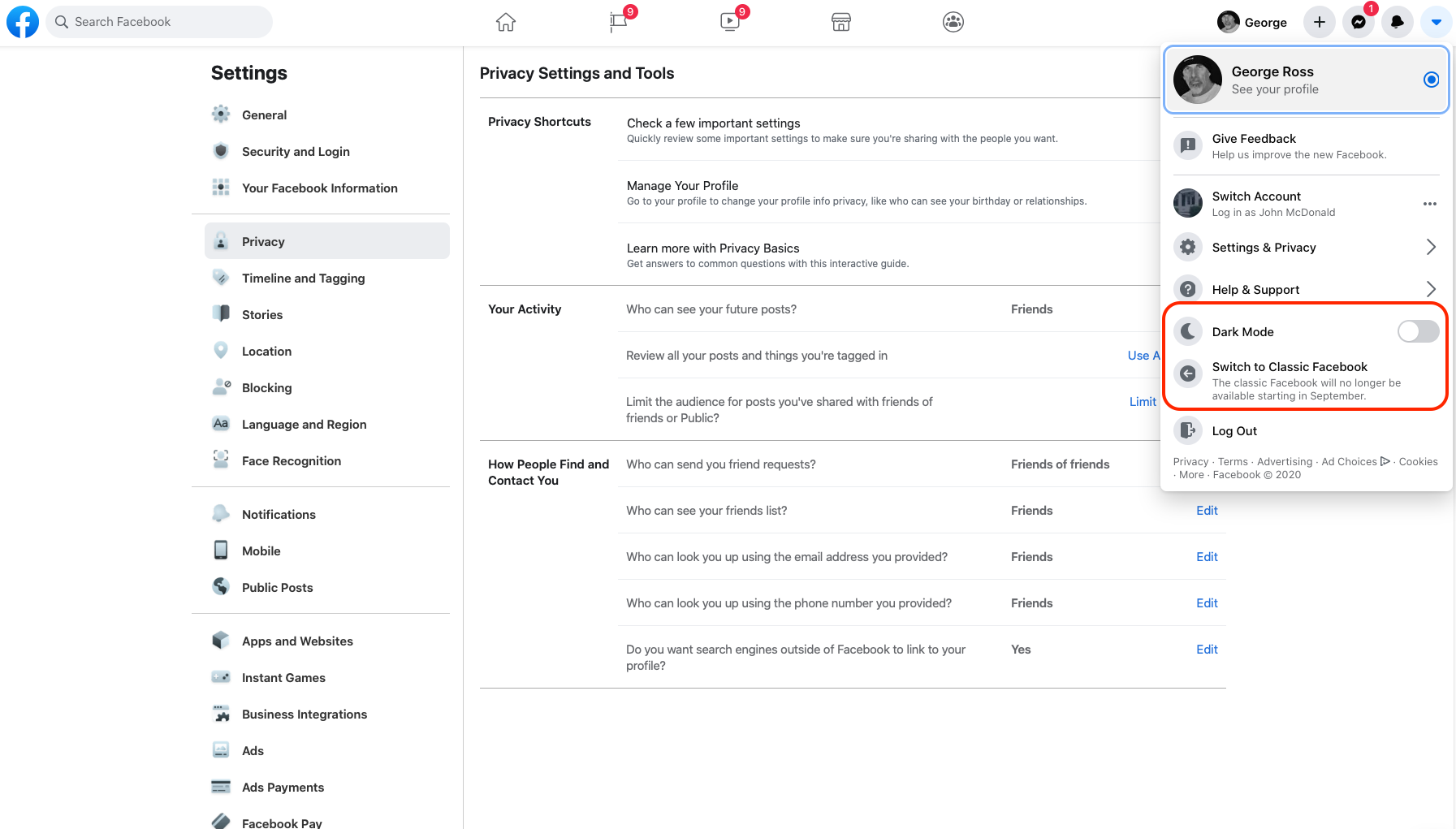 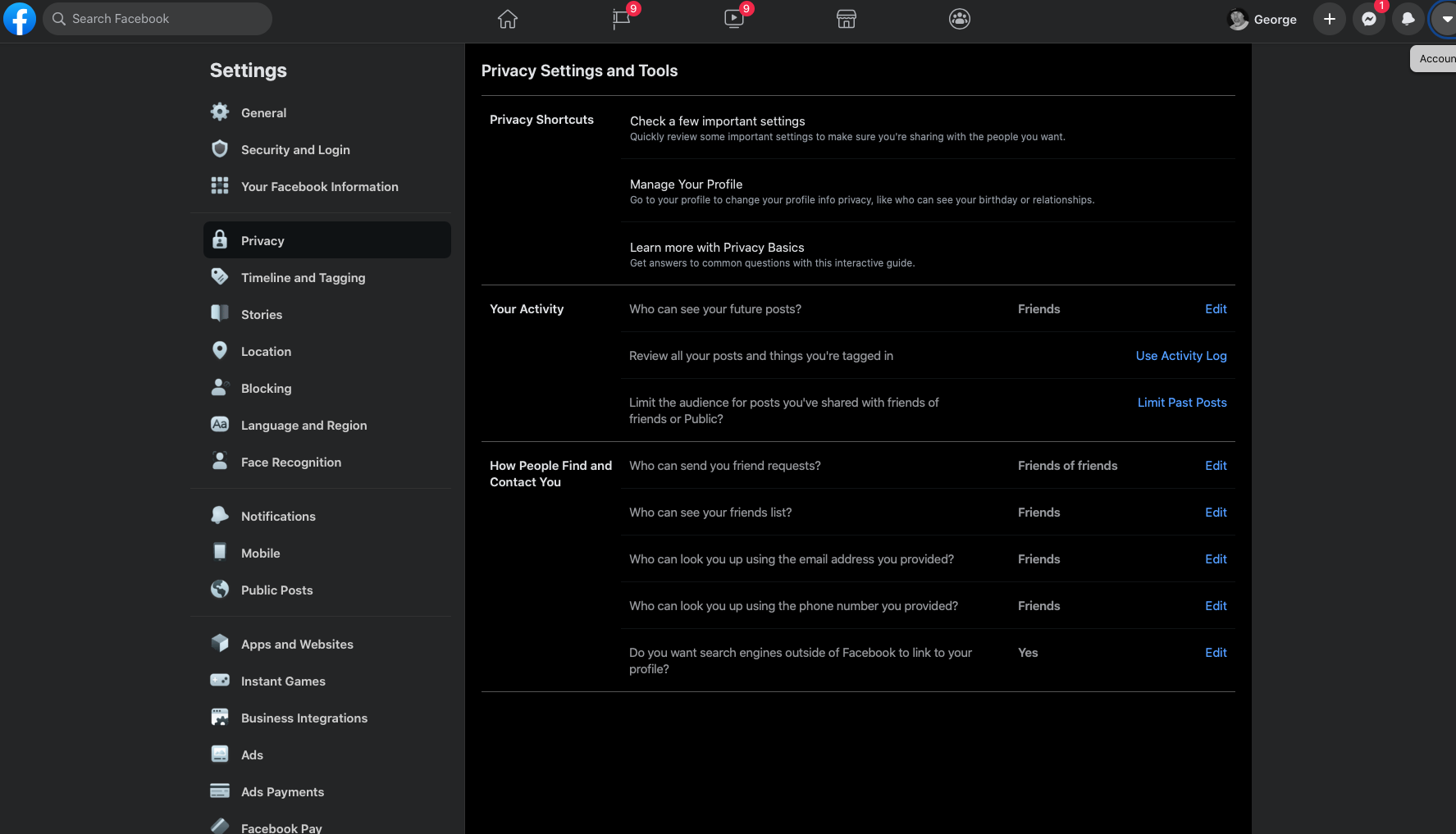